On 25 May, a new data protection law will enter into force in the EU, which already considers the recording of a digital image as data collection. The idea behind this is that a photo of a person, e.g. with the help of face recognition, would also reveal their whereabouts.
Analog photography is excluded from this. According to the old case law, there was a clear difference between taking the picture and using it.

It is generally forbidden – without a press card – to take recognizably pictures of persons without their written permission, which must of course also correspond to a certain form. There is criticism of an unreasonable change in the freedom of the press. There will be legal uncertainty from 25 May until the first court rulings provide guidance. The federal government has failed to clothe this EU law in a feasible application.

There are voices that say this does not apply to amateur photographers and refer to Art 2 (2) in which “natural persons for the exercise of exclusively personal or family activities” are excluded from this regulation. I did not understand it that way and would recommend in the near future to refrain from taking pictures of people in public places.

This will affect sports photography or the documentation of events. If you take a picture of your girlfriend who is crossing the finish line at the marathon, there are other people in the picture. Theoretically – this is the legally unresolved space now – you would have to obtain written permission from all passers-by: from the people who happen to be in a wedding photo, visiting a stadium or a concert with you. The DSGVO requires the proof and documentation of this consent.

So if I take a picture of the visitors to the building on Architecture Day, I run the risk that lawyers who earn their money with warning procedures will scan the Internet and I will face a heavy fine if I cannot document the people’s consent.

Article 6(1f) mentions that photography is permitted if the person responsible has a legitimate interest – always with reference to the special protection of fundamental rights, especially for children. This could provide an indication of events.
Legally, I am completely uncertain when I write this: Surely it is a good approach to communicate offensively that photographs are taken and what this is used for and to ask people who do not want to be depicted to show this clearly. If someone is found later on a website and would like to be deleted, deletion is a matter of course. However, a person who has given his written consent can also cancel it at any time.

I’ll try to get more clarity and report back when I know more.

And it is quite certain that many manga and animé fans want to be photographed at Japan Day on May 26, for example, because they have made themselves so beautiful for that. But a smile in the camera is no longer enough for approval. What to do? 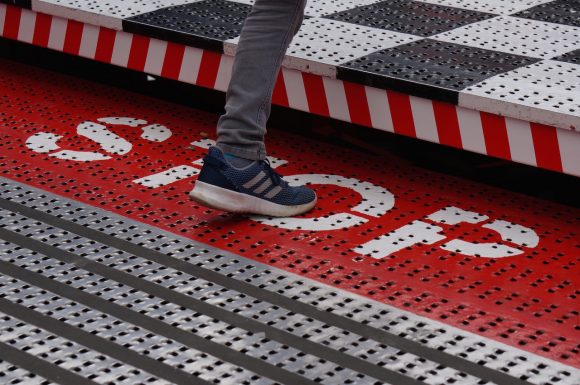