The term mindfulness is associated with an attentive, contemplative everyday life – including a somewhat romantic note: “Be more attentive to the little things of everyday life, they will become happier.” I would like to counter this by saying that a more attentive life in which I am attentive to what is happening around me can also make me more radical, more political or more helpful. Maybe something of everything, depending on the form of the day. When I am on the move with my camera, I can experience that I move out of the fast world of consumption in the cities, the world where haste is at home, and enter a kind of parallel world of the slow.

In the southern part of Cologne a woman handed me a pack of dog food with the clear, concise announcement “Open up! I can’t get it done.” It turned out that she was on a routine food tour. Whenever she buys for herself, she also feeds the dogs of the homeless in the neighbourhood.

In front of my workroom I got to know the old man who feeds a group of crows and can perform little tricks with them. They annoy and pinch his dogs and accompany him regularly from the park to his front door. It can be that a touch of loneliness of the other person can blow at me at such an encounter. But also joy can arise. On another day I would certainly not have noticed him the crow artist on my fixed way up.

I experience many such encounters when I take photographs. Why do I write about it? If you are curious about the world, if you develop openness, then expect it to meet you – as it is. This training in clear vision, even beyond intense visual experiences and perhaps impressive photos, holds the chance or the danger that you will actually arrive at the moment and become a part of it. That contact happens and you let yourself be touched by the question of what you would like to contribute to this situation being well made.

By the way, I have good experiences throughout and can disarm suspicion quickly. Recently I took a technically tricky picture at the fair, on which I spent some time. While leaving I noticed that one of the carnies was waiting for me very friendly and patiently to lock up behind me, because I had accidentally walked into the caravan area. 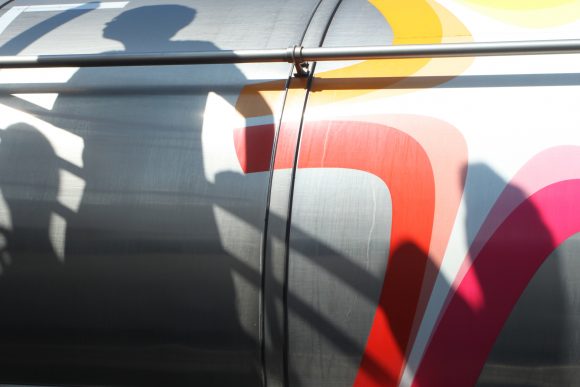