A few years ago I travelled the west coast of Canada with a friend. Forests and open landscapes lined the small country roads on the way to our destination, a hut at the lake. We crossed with a ferry, the roads became smaller and narrower, the houses less, the destination moved closer. That’s exactly what we had wished for. Wilderness!

On this day I drove the rental car. It was already dark. Christina read the map and arranged the directions. It was the time long, long before smartphone and navigation. We turned off. Suddenly a car appeared in the narrow street behind us. Our car was flooded by the bright headlights. We got scared. Why is there a car behind us in this deserted area where we hadn’t met anyone for a long time? The fantasy went through with us. Several people were sitting in the car. The fear had us firmly under control. We felt rushed, couldn’t stop anywhere or at least couldn’t see any possibility in the darkness. I drove in full concentration, Christina read the signs and clues from the map and directions along the way. Our communication was tight, precise and we also allowed ourselves to be insecure. To the left of the road we went downhill to the lake and to the right there were isolated entrances to the holiday houses at the lake, which led steeply up the mountain. It was clear that one had to drive up such an entrance courageously and with momentum. In my fantasy of feeling threatened by the people, being followed by this car, it was also necessary to take the drive without hesitation in order to give the impression of being at home here. Suddenly Christa said something like “Now!” or “Here!” and I drove the car 100% into the steep right turn. Our ‘pursuers’ drove on, the glistening brightness of the headlights disappeared and I drove up the unknown path in complete darkness. My heart was beating up to my neck.

We were right. Everything was confirmed. That was our hut. My friend moved into the hut and my home became a small room, which lay a little apart on the property. It was only about twice as big as a bed with two large panorama windows. In the back high, dense forest with a far view of the lake, which I could enjoy the next morning. That night the silence was roaring. The blood was rushing in my head, I could feel adrenaline penetrating my system.

The next morning while having tea on the terrace we congratulated ourselves laughing to our great teamwork. But how much easier this arrival could have been without the fear-fantasy.

Also in the next nights I felt how nature scared me, actually it was this deep silence of the place that I feared. We made pancakes, excursions, swam in the lake, paddled with the kayaks and I remember that we discussed a topic from our German everyday life on the small swimming island in the middle of the lake when I said “Stop!” in the middle of the conversation. “Let’s get here. It is so beautiful!

These and other memories I wrote down after the writing workshop with Stefanie Pohle and Kerstin Pilz. The two writing trainers led an exercise in which the sentences start over and over again with “I remember…”. For me it was impressive to see which memory fragments appear very fast. Once they have been fished out of the pool and written down, the memory can be examined more closely in writing. 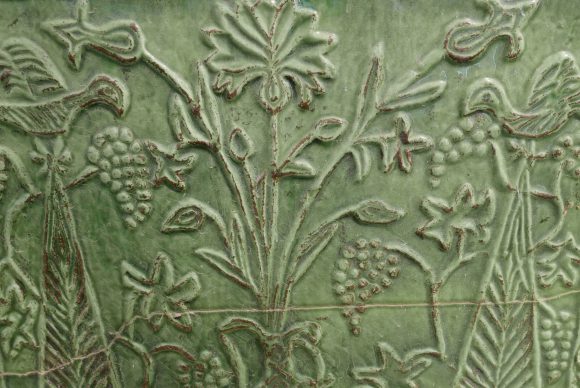